What is the AIL ?

Alianza Informativa Latinoamericana (literally: Latin American Informative  Alliance) -AIL-, is a non-profit organization created in 2005, currently composed by twenty-two private television networks in Latin America and the Caribbean.  This alliance, along with the cooperation agreement among the AIL members, has facilitated the smooth integration of both the technical and qualified staff resources of all its integrants. Throughout its ten years in operation, the AIL has been sound support for the production and coverage of events of particular interest and international importance in the different fields of politics, culture, sports, and entertainment. The main headquarters of "Alianza Informativa Latinoamericana" are located in Bogotá D.C., and led by the TV network Caracol Television (Colombia). 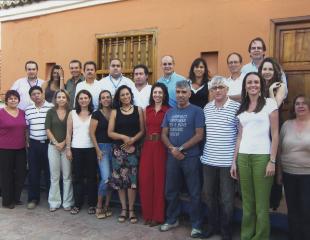 The initiative of creating Alianza Informativa Latinoamericana -AIL- arouse in 2005
from the urgency of finding a strategic answer to the need of integrating the operation among television stations for both content generation and the shared use of technical and production resources, particularly in satellite broadcast.  The search for that answer, led by Mr. Luis G. Calle, vice-president of Operations, News and Sports of Caracol Television (Colombia) and Mr. Osvaldo Petrozzino, at that time News Director of Telefe (Argentina) resulted in the first joint coverage carried out by the two stations.

The death of Pope John Paul II in 2005, a crucial moment in the Catholic history, served as a starting point for the implementation of this project. The joint coverage of this meaningful episode by four television channels made it possible to bring the news in an immediate and efficient manner to four countries in the South American continent:  Colombia (Caracol Television), Argentina (Telefe), Venezuela (R.C.T.V.), and Ecuador (Canal 1).

From then on, new stations in Latin America and the Caribbean have joined the project, which is currently underpinned by operation protocols and a mutual cooperation agreement.

Un 2014, during the VIII AIL General Assembly (at San Jose, Costa Rica), CBS News in the United States, the third largest station in the world, confirmed its link with Alianza Informativa Latinoamericana as AIL's member number 22, in this way reaffirming the  growing strength of the organization. 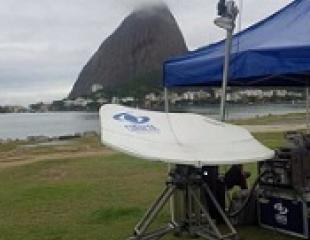 AIL TV stations have agreed upon sharing their infrastructure in production, staff, and technical equipment, which makes it possible to count on resources in other countries in the continent and the Caribbean. This has allowed all of its members to apply for on-demand coverage of news events. 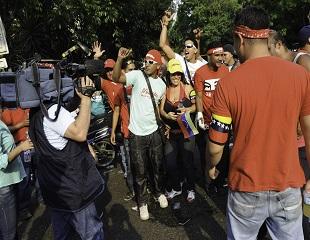 Since 2007, Alianza Informativa Latinoamericana enjoys the AIL Informative Service, a platform allowing all the organization's channels to contribute the most important news of their respective countries. This has helped the 22 allied television stations to receive over 18,000 news per year.  This Service does also include the live broadcasting of significant continental events in real time, being transmitted via satellite to all the organization's members. 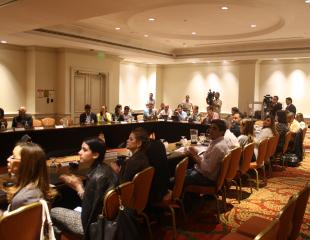 The power of Alianza Informativa Latinoamericana lies in the collective strength of its twenty-two private TV stations, most of which are leaders in their local markets.  The AIL's geographical scope and experience in covering news events have made it possible for this project to be joined year after year by other stations, since it globalizes the scope of news shows by consolidating itself as the first organization aimed at sharing contents and technical resources in the continent.

In 2012, Alianza Informativa Latinoamericana developed relationships with a very similar organization based in Luxembourg: the European News Exchange ENEX (www.enex.tv).  It gathers forty-five television stations in Europe, the Middle East and Asia, and since 2012 it has been joined by 11 AIL channels, in this way enabling the globalization of both resources and the exchange of news.