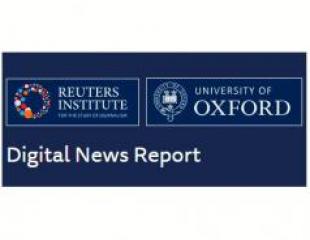 Commercial television brands continue to be the most popular and influential sources of news in Mexico. However, domestic digital-born sources are gaining prominence, with international social networks and other platforms helping them reach more and more people.

Traditional media companies continue to be the top choices for news and information among the Mexican population. TV Azteca and Televisa are generally considered to be the brands with the highest level of political, economic, and social influence in the country. Companies such as Grupo Imagen, Grupo Milenio, and Radio Fórmula have built brands with a loyal audience and remain popular with advertisers. Though public broadcasting did not develop in the same way as in much of Europe, Channel 22, a university television station operated by the National Polytechnic Institute (Instituto Politécnico Nacional) is also one of the most used offline news brands. The Mexican press, represented by El Universal, Grupo Reforma, Excelsior, and El Financiero, also continues to be consumed in print. However, Proceso is the only news magazine to retain a paper product. All of these brands are followed by the public through their digital platforms.

Mexican audiences have embraced the arrival of digital-born news sources, with a handful of them among the most popular sources of online news according to our survey. Aristegui Noticias, named after former CNN journalist Carmen Aristegui, is among the top online brands in our survey for the second year in a row. However, the list of the most popular online brands also includes legacy players like El Universal, which has been contributing to Mexican journalism for over one hundred years. UnoTV, another popular source of online news, belongs to the telecommunications company América Móvil, the domestic market leader in mobile telephony. The firm is increasingly immersed in journalism and entertainment through its digital platforms. International brands like CNN and Yahoo! also have a relatively strong position in Mexico.

Internet penetration is relatively low in Mexico, which can distort some of our figures. However, it is clear that smartphones are an important device for many Mexicans, with nearly three-quarters saying they used one to access news in the last week. In common with other countries from this region, social media — particularly Facebook and WhatsApp — are widely used for news.

Mexico continues to be one of the most dangerous countries in the world to be a journalist. At the end of 2017, the Committee to Protect Journalists reported that Mexico was the deadliest country for journalists outside of conflict zones, with killings reaching a historic high against the backdrop of a global decrease.1

In 2018 the media will play a special role in the political life of the country as elections for President of the Republic, 128 senators, and 500 deputies will be held on 1 July. The main political parties in the contest are MORENA, PAN, PRI, Todos por México, and Juntos Haremos Historia.

Mexico has also been affected by the so-called ‘fake news’ phenomenon. False claims have circulated concerning Donald Trump and his position on the North American Free Trade Agreement (NAFTA), and the construction of a border wall between Mexico and the United States. There has also been a proliferation of false claims linked to the earthquake which struck Mexico in September 2017. Media companies have also faced brand identity theft, leading to confusion amongst the public.2 For these and other reasons, nearly two-thirds (63%) of the online population say they are either ‘very’ or ‘extremely’ concerned about what is real and what is fake on the internet when it comes to news.

These facts, combined with the upcoming election, have motivated organisations, institutions, and the media to jointly create a verification platform, Verificado2018.3 This project aims to identify fake news and to counter it with verified information, and will be in operation throughout the electoral process. It has received financial support from Facebook, Google News Lab, Mexicans Against Corruption and Impunity, Open Society Foundation, Oxfam, and Twitter.

*Data are from urban Mexico, rather than a fully nationally representative sample. This will tend to represent richer and more connected users.